IDF paratroop company Hetz has just welcomed its sixth draft class of hareidi religious recruits since the founding of the unit in 2017.


More than 50 of the new soldiers were sworn in last Thursday at the Western Wall in Jerusalem in the IDF’s largest-ever recruitment cycle.

“The soldiers of Hetz company are proving it is possible to serve in IDF combat brigades without compromising on a hareidi way of life,” said a rabbi from the Netzach Yehuda Foundation, which supports hareidi soldiers throughout their tour of duty.

Hareidi religious men are joining the combat units in increasing numbers, as a matter of fact. The IDF Netzach Yehuda – Nachal Hareidi Battalion also exists in the Kfir Brigade, and Rotem Company in the Givati Brigade.

The Source Of Financial Success 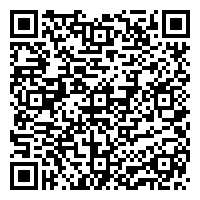