(JNi.media) ormer NY mayor Michael Bloomberg has been receiving phone calls from his Wall Street pals over the summer, according to the NY Times, asking him to run for president.

Bill Ackman, who’s been probed by the FBI for Herbalife stock manipulation (he allegedly tried to ruin the company’s name so he could short its stock), declared at a Bloomberg Markets conference, “He’s all the best of Trump without the worst of Trump,” and, “I would do everything in my power to get this guy elected,” plus a joke about how much the whole thing should cost: “It’s just one quarter’s dividend.”

“The more uncertain the electoral outlook grows, the more likely it is that people, particularly with money, are going to be talking about Mr Bloomberg running for the White House,” Gary Silverman wrote in the Financial Times. “It happened during the 2008 campaign season when the US was poised to replace a two-term president, George W. Bush, and it is happening again today as the race to succeed Barack Obama gains pace.”

According to Andrew Ross Sorkin, writing for the Times, fat cat Democrats are concerned that Hillary Clinton, egged on by her competitor, Socialist Vermont Senator Bernie Sanders, is moving too far to the left on business, regulations and taxes. At the same time, fat cat Republicans are afraid their man, Jeb Bush, is not going anywhere, overshadowed as he is by Donald Trump.

Things have gotten so bad for the moneyed elite, that Rupert Murdoch, not a big fan of the former mayor, tweeted: “With Trump becoming very serious candidate, it’s time for next billionaire candidate, Mike Bloomberg to step into ring. Greatest mayor.”

In other words, the only possible contender who is both acceptable to Wall Street and can beat Trump is Michael Bloomberg.

Ross Sorkin cites one important source who doesn’t believes Bloomberg, 73, the “short, Jewish, divorced billionaire” can be president—Michael Bloomberg himself, who has told friends he can’t run as a Republican—he’s a sworn anti-gun and global warming believer, not the stuff the party of Lincoln is supporting these days. But he also doesn’t think he can run as a Democrat, on account of his being a billionaire—his wealth as of 2015 is estimated at $39 billion (Trump only has $4 billion). And he can’t run as an Independent because, in America, Independent candidates don’t win presidencies. That’s not what the experts are saying, it’s what Michael Bloomberg told New York Magazine in 2013: “I am 100 percent convinced that you cannot in this country win an election unless you are the nominee of one of the two major parties.”

John Fund noted in the National Review that all the hype surrounding the emerging “draft Bloomberg” efforts by the folks who really do “occupy Wall Street” has had “positive side effects. Without spending more than pocket change for polls and research, Bloomberg got magazine cover stories, TV news profiles, and an endless stream of media coverage.”

Bloomberg was the first recipient of the $1 million Genesis Prize, a.k.a. the “Jewish Nobel Prize.” Prime Minister Benjamin Netanyahu presented him with the award at a ceremony in Jerusalem in May, 2013. The award, established by a charity founded by Russian Jewish billionaires, honors “exceptional people whose values and achievements will inspire the next generations of Jews.”

Pro-gun advocates who are also pro-Israel would have to choose between their two loves: Bloomberg is a great supporter of Israel and also has been the most outspoken leader of the movement to curb illegal gun use in America. If you thought President Obama was conspiring to take away your unregistered guns — with Bloomberg you can be sure. Bloomberg has been using his money to support two organizations: Mayors Against Illegal Guns and Moms Demand Action for Gun Sense in America, which merged two years ago. He has been lobbying mayors and police chiefs across America.

“We started this movement as just 15 mayors committed to protecting our cities – and we’ve since been joined by more than 1,000 mayors and more than 1.5 million Americans from big cities, small towns, and all different walks of life,” Michael Bloomberg said in a statement back in 2013. “Gun violence is, unfortunately, an issue that affects every community, and coming together with Moms Demand Action today will strengthen our efforts to keep guns out of the hands of dangerous individuals and save lives.”

On the other hand, in the summer of 2014, just hours after the US Federal Aviation Administration prohibited domestic airlines from flying to Tel Aviv because of the Gaza war, Bloomberg hitched a flight to Ben Gurion and touted the security of visitors to the Jewish State. The FAA lifted its ban after Bloomberg published an article titled “Why I Flew to Israel.”

“Hamas would like nothing more than to close down Ben-Gurion, isolating Israel from the international community and seriously damaging its economy,” went Bloomberg’s piece. “By prohibiting US carriers from flying into Ben-Gurion, the FAA handed Hamas a significant victory — one that the group will undoubtedly attempt to repeat. The FAA has, regrettably, succeeded only in emboldening Hamas.”

The mayor added: “In times of crisis, acting out of an abundance of caution can be prudent. But closing down access to major infrastructure networks in the face of terrorist threats can be self-defeating.”

Which led, naturally to Bloomberg’s touting of one of his signature achievements, the recovery of the battered city he received from his predecessor, Rudy Giuliani. “This was something I learned as mayor of New York City. After terrorists tried to detonate a car bomb in Times Square, I went to a restaurant there the following evening for dinner — and invited the world to join me. When terrorist plots to attack the city’s subway emerged, as they would from time to time, I made sure to be seen riding it to work, as usual — and encouraged New Yorkers to keep doing so as well. And we responded to the devastating aftermath of the Sept. 11 attacks by opening the streets of Lower Manhattan as quickly as we possibly could.”

All things considered, and given enough coaxing, nay, pleading, from his fellow billionaires, that last paragraph could be the foundation of a great presidential stump speech. 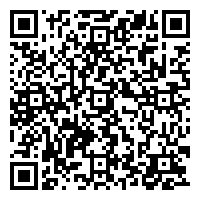