At 2:53 PM, an emergency call came in of a shooting attack on Road 60, near the Adorayim junction, close to Otniel, which is around 15 kilometers south of Hebron.

Terrorists in a car shot at two Israeli vehicle as they drove past, causing one of the Israeli cars to flip over.


There are bullet holes in the car, and some 20 bullet shells were found on the road.

Hatzolah of Judea and Samaria has announced that the man (40) in the car died. His wife, in her 30s, is seriously wounded with gunshot wounds to the chest, one of their girls (13) was moderately wounded and the boy (15) was lightly wounded.

All the wounded were transported to Hadassah hospital.

The family had been driving south from Otniel. The husband has been identified as Rabbi Miki Mark from Otniel.

Security forces are on high alert for this last week of Ramadan, when historically the Islamists are at their most violent.

As of this writing, late Friday night in Israel and shortly before the start of the Sabbath in New York, Gaza terrorists launched a rocket attack against the residents of Sderot in southern Israel.  A kindergarten building in the city sustained a direct hit and two people were treated for shock.

The Religion of Peace strikes again. 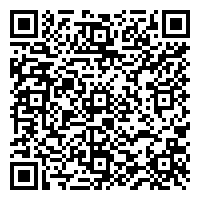