Dutch leftists have succeeded in blocking a planned twining agreement between Tel Aviv and Amsterdam and even rejected a compromise that would have included Ramallah in the agreement.

The refusal of the pro-Arab groups to accept compromise is the perfect example of the Palestinian Authority-leftist hate of cooperating on anything with Israel.


Amsterdam Mayor Eberhard van der Laan was impressed with Tel Aviv, which has becomes Israel’s showcase city for homosexuality, but the left-wing withdrew the plan after left-wing GroenLinks Green party and the Socialists refused to back the twinning because of the “occupation.”

As long as Israel occupies Palestine, structurally infringes human rights and continues its settlement policy. [no agreement is feasible].

Amsterdam, where Islam now vies with Christianity as the most widely practiced religion, is known for legalized prostitution and a “Live and let live” society is becoming a bit hypocritical in the face of the rapidly rising Muslim population.

The mayor has taken a stand in favor of multi-culture but criticized other parties during an election campaign for distributing campaign leaflets in minority languages.

He believes in assimilation, but a Muslim plurality in Amsterdam is not far away, and it remains to be seen if its leaders’ policy won’t be “live and let live so long as you live like us.”

Amsterdam has lost Tel Aviv as a twin-sister city. Tel Aviv also feels the loss, but there are enough “Tzadiklim” in the city that it has been spared official ties with Amsterdam. 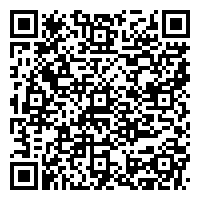