While the talk of the town yesterday was the religious woman, Lt. R. from Jerusalem, who graduated in yesterday’s class of new fighter pilots, she was far from the only religious personality in yesterday’s elite group.

25-year-old Lt. B. made a fateful decision to leave his Hesder yeshiva a few years ago, and try his hand at becoming a fighter pilot too, after getting permission from his Rosh Yeshiva.


But Lt. B. had another boss he had to confer with first… his wife.

Mrs. Lt. H. isn’t just his wife, but also an officer/engineer in a classified intelligence unit. She agreed, but on one condition… they have a baby.

Two years ago, and one year into the Lt. B.’s 3 year pilot course, their baby girl was born.

Lt. B. graduated yesterday as a combat navigator.

Did we mention… they’re also settlers living in the Shomron. 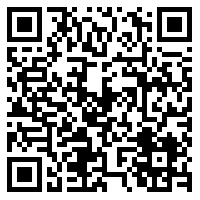