An earthquake that measured 5.5 on the Richter scale according to the Israel Geological Survey (other sources say 5.1 or 5.2), with its epicenter in the northern Sinai, 90 kilometers south of Eilat, sent slight tremors through Israel on Saturday around 6:34 PM.

No damage was reported. The quake occurred on the East African rift.


Ben-Gurion airport shut down for the duration of the tremors.

Residents in Ashkelon said their furniture shook. Yediot Acharonot reported that cows in the Arava, north of Eilat, apparently sensed the earthquake was on its way and started mooing several minutes before the tremors were felt.

In Egypt, the earthquake shook buildings in Cairo, more than 200 miles away from the epicenter in the Sinai. 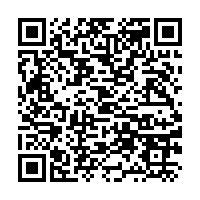