Egypt has deployed helicopters to patrol the Sinai Peninsula and has declared a state of alert in the area after radical Islamic terrorists from Gaza set up a base in the central Sinai.

Curfews were clamped on Sinai cities, including the Egyptian side of Rafiah and el-Arish, according to the Bethlehem-based Ma’an news agency.


Approximately 30 terrorists from Jihadist groups, including those affiliated with  Al Qaeda, entered Gaza through tunnels and brought with them ammunition and weapons. Egyptian officials suspect that the terrorists plan to join demonstrations against the Muslim Brotherhood government on June 30.

The governor of the Northern Sinai, Abdel Raggah Harhour, claimed earlier this month that Al Qaeda does not have a base in the Sinai but added, “We know that there are Salafite jihadist elements in Sinai.”

Last month, terrorists attacked an Egyptian base in the Sinai and kidnapped seven soldiers before releasing them after six days in captivity. 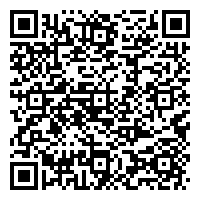