If Israel were to flood Hamas terror and smuggling tunnels, the world would have condemned Israel the next day. When Egypt does it, no one outside Gaza says “boo,” and Israel can breathe a bit easier


The al-Sisi regime has flooded underground tunnels in six different areas in southern Gaza for the second time in two weeks, according to the Turkish-based Anadolu agency.

Smugglers use the tunnels to transport terrorists, ammunition, weapons and goods and merchandise that are heavily taxed by Hamas.

Wiping out the system severely hampers Hamas’ ability to rake in heavy taxes on smuggle goods and to maintain a hammerlock on supplies of goods and merchandise.

Terrorists have infiltrated into the Sinai Peninsula from Gaza and to carry out murderous attacks on Egypt police and soldiers carrying out al-Sisi’s orders to re-assert Egyptian authority in an area where anarchy has allowed Islamic State (ISIS) and other terrorist groups to carve out fiefdoms of power.

Flooding tunnel is not the only drastic action that Egypt has used to protect itself, as well as reducing the possibility of attacks on Israel for the Sinai.

Two years, Egypt began bulldozing homes of Gaza Arabs on the Egyptian side of Rafah, a city that straddles the border with Gaza. Last January, it extended the buffer zone to more than a mile and has displaced thousands of families, with only a few peeps from the international community. 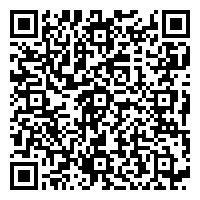