The Egyptian army has slowed down its all-out attack on terrorist enclaves in the Sinai, several weeks after its initial, aggressive spurt on August 5, reports Al Ahram, which claims that the terrorist culprits who murdered 15 Egyptian Border Guards remain at large, and seems to insinuate that the lack of progress is rooted in political uncertainty back in Cairo.

Here’s one unexpected aspect of what was touted as a jihad against the murderers: the Egyptian government is going through unofficial channels, employing negotiators to talk to the Sinai terrorists. This has enraged the secular law and order types at home, who blasted the notion of negotiating with terrorists, and are concerned about the Sinai jihadists’ influence on national policy.


It appears that no one knows who is to blame for the bloody attack in early August: was it the Hamas government in Gaza? Al Ahram cites Ramallah-based officials who say so, pointing to the proliferation of Hamas agents in the Sinai in recent years.

Hamas officials deny the charge, saying they are supporting President Morsi and will never do anything to damage his government. Indeed, Hamas has been on good behavior since the Morsi election, confirms Al Ahram.

So things are murky on the Sinai front. Army Chief of Staff Lieutenant General Sobhi Sidqi has met tribal chiefs, in an attempt to get them on the side of the army, especially to buy their cooperation with the intelligence services.

President Morsi sent in his official vehicles a delegation of mediators, including well-known Islamists, to go to Sinai and try to talk sense into the militants. Al Ahram knows about preparations for a meeting in Cairo this week, to hammer out an agreement on ending the violence in the Sinai.

Critics of the government are looking for more resolute ways of imposing law and order, preferably with less cajoling of members of violent groups.

Ashraf Al-Hefni, of the Revolutionary Socialists movement, declared: “The affiliation of the men currently involved in the negotiations is well known. It would have been more advisable for the government to prosecute those who embrace jihadist thinking instead of talking to them and trying to influence their thinking. There are some families in Sinai who have lost sons because of the violence.”

Al-Hefni promised: “We will support the government if it takes action against extremism and its manifestations.”

According to Sinai activist Mosaad Abu Fajr, government induced violence is the real problem, and that the government continues to deal with the wrong people. The mediators, sanctioned by the government, are preferring to hold talks with violent groups that dream of an Islamic state in Sinai, he said.

“What is hampering security in Sinai is not the Camp David accords, or the security addendum of the peace treaty. What is hampering security in Sinai is the lack of political imagination … Shall we address the Sinai with the imagination of Nelson Mandela? Should we forget about the mindsets of Abdel-Nasser, Mubarak, and Morsi, and think instead outside the box? Unless we do that, we may lose Sinai forever,” Abu Fajr argued.

The army is not particularly concerned with its critics. It has been talking to the Israelis, the Bedouins and the Palestinians, and has slowed down, if only temporarily, ‘Operation Eagle,’ the military campaign to eradicate terrorist hangouts in mountainous areas.

Squads of police, army, and intelligence services are still searching for suspects in the areas around Rafah, Sheikh Zoweid and Al-Arish, according to Sinai lawyer and activist Islam Kodeir.

Several suspects, including Palestinians, have been arrested. They had incriminating images on their smartphones, which connect them with the Rafah incidents.

The suspects are being interrogated.

Military expert Talaat Mosallam told Al Ahram that Operation Eagle has been a success in several ways. Just the presence of the army has helped track down some terrorist cells, even if by sheer coincidence, he said. The operation has also blocked trafficking lanes and shut down many of the tunnels that were used to smuggle arms and drugs to and from Gaza. 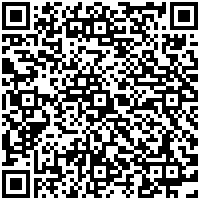