Who will save Israel from Iran? President Romney or President Obama?

On August 26th The New York Times had this to say:

Weapons sales by the United States tripled in 2011 to a record high, driven by major arms sales to Persian Gulf allies concerned about Iran’s regional ambitions, according to a new study for Congress. Overseas weapons sales by the United States totaled $66.3 billion last year, or more than three-quarters of the global arms market, valued at $85.3 billion in 2011. Russia was a distant second, with $4.8 billion in deals.


Sixty-six billion dollars. That is a lot of money for a cash-strapped country. (Compare that to $48 billion – the budget of the Department of Homeland Security in 2012). Now, let’s say you were working in the Pentagon, or at Northrop Grumman, or you were a Senator or Congressman for an arms manufacturing state – would you go to sleep at night praying for world peace? No, you would not. Instead, you would thank God for the success of your business, and especially for the guys you owe it all to, Ayatollah Khomeini and Mahmoud Ahmadinejad. They are responsible for all that business – 66 billion Dollars.

As Israel waits for a green light from the US to attack Iran so as to deal with the Iranian threat, some in America prosper from the arms escalation in the Middle East. And while we hear palliatives to the effect that this or that president will help Israel with Iran, it is all just a game, and a delay tactic. Iran is too lucrative to US arms manufacturers to allow Israel to have total victory over the Mullah regime. For the powerful arms industry, nothing could be better than a bunch of far-away Middle East folks who have disposable cash and who love to buy American made arms. The USA may talk peace but it sells war.

The Iran problem is not the making of Barack Obama. Fifteen years ago I was an intern in AIPAC’s Washington DC office. Back then,  Middle East analyst Keith Weissman was constantly warning that Iran had the will and the capacity to pursue a weapon of mass destruction. Netanyahu himself has been making this issue public for over a dozen years. This problem has been festering and no American leader, Republican or Democrat, has really tried to deal with it – maybe because for them there is no problem, but rather, a financial opportunity.

The current Republican candidate for US President, Mitt Romney is not more pro-Israel or anti-Jihad then Reagan, Bush I or Bush II. He is cut of the same cloth and he has not made one indication that he will seriously take on Iran, Saudi Arabia terror sponsorship, southern Lebanon, or Gaza. Nor has he made any signs that he will curtail that other favorite policy of US presidents – that of shrinking Israel and forcing a “Two-State solution.”

The odds are that a Romney White House will not change the course of American foreign policy, just as, ironically, President Obama has not.  In fact, there has been little change in US policy for the past 40 years, and the last 9 presidents. When it comes to the Middle East, the US has consistently allowed radical Islam to flourish, and sold arms to the region, all the while trying to shrink Israel.

The one thing that the Obama administration has changed is the tone and the rhetoric – and this has brought visibility to the rest of their actions including the arms sales, the friendliness to Jihadist Islam, the open antagonism to Israel, and the will to shrink it.  But during the George W. Bush years – the closest thing to Mitt Romney we have had – the very same policies did not show because Bush II ‘loved Israel’. All the while he was in bed with the Saudis as they were exporting Wahabbi Jihadism all over the globe (including US campuses), he created the Palestinian Dayton ‘security forces’ (terror army), did nothing to curb Iran’s ambitions, and effectively stopped the US’ recognition of Jerusalem as the capital of Israel.

For four years, George W. was in office after Congress passed the Jerusalem Embassy Act of 1995 which calls for the embassy to be moved from Tel Aviv to Jerusalem no later than May 31, 1999. The law also said that “Jerusalem should remain an undivided city…[and that] Jerusalem should be recognized as the capital of the State of Israel.” To sidestep the law, President Bush, used a proviso loophole and waived that law every 6 months. Every six months for the remainder of his term President Bush said NO to an Israeli Jerusalem. 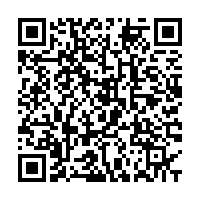