According to the new law, the number of individual candidates able to win seats in the parliament has increased from 420 to 448. The number of seats allocated to party lists – as in Israel – with quotas for women, youth and Christians – is still limited to 120.


The new legislation opens the way for the country’s electoral committee to schedule a date for parliamentary polls, originally due in March. That date was delayed after Egypt’s Constitutional Court found that part of the current election law was unconstitutional.

In related news, U.S. Secretary of State John Kerry was in Cairo on Sunday for strategic talks with his counterpart, Foreign Minister Sameh Shoukry. The two sides agreed to continue “close cooperation to improve their mutual security, to combat terrorism and extremism and to work together to delegitimize terrorist narratives,” said a State Department spokesperson. The U.S. also welcomed Egypt’s participation in the Global Coalition to Counter ISIS.

In addition, the two sides emphasized the importance of attaining a “comprehensive, just and lasting settlement between Israelis and Palestinians which fulfills the vision of the two-state solution in accordance with the agreed principles and international resolutions,” the statement said. 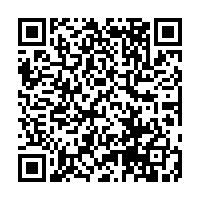