The Security Cabinet passed a measure on Sunday (Aug. 2) officially designating the Duma arson a “terror attack.” The designation opens the door to the victims for various benefits from the Israeli government. It also changes the way the perpetrators will be dealt with when they are caught.

The Cabinet also approved the use of administrative detention in dealing with Jewish terrorists. “The Security Cabinet views the arson and murder in Duma as a terrorist attack in every respect,” said a government statement following the cabinet meeting.


“The Security Cabinet directs the security agencies to take all necessary steps to apprehend those responsible and prevent similar acts. To these ends, the Security Cabinet approved the recommendation of the professional echelon to take all necessary steps and to use all means at their disposal, including administrative detention where appropriate, with the approval of the Attorney General.

The Cabinet instructed that draft legislation on the fight against terrorism be “urgently” advanced in the Knesset.

At present, “price tag” groups are classified as “unlawful associations.” This allows investigators to prevent detainees from conferring with their attorneys and allows courts to issue long-term administrative limitation orders for the suspects. Changing that classification to “terror organizations,” according to the Israel Security Agency (Shin Bet) and a legal adviser who met with other security officials at the Justice Ministry, would “intensify the stigma and condemnation of their actions in society.”

State to High Court: Even More Shin Bet Involvement in Fighting the Coronavirus 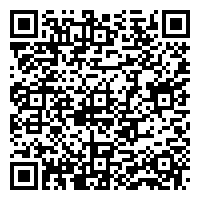