Elbit Systems announced Monday that its joint venture with KBR – Affinity Flying Training Services – has reached a significant project milestone with the delivery of its first training aircraft.

“We are delighted to have delivered these aircraft only 9 months after contract award,” said CEO of Elbit Systems UK Martin Fausset.

The two Grob G120TP – a two-seat turboprop training and aerobatic low-wing aircraft with a composite airframe, built by Grob Aircraft – that will deliver elementary flying training, were the first of the fleet of aircraft to fly into the Cranwell, near Sleaford, Royal Air Force station in Lincolnshire, England, last week.

The G120TP are used to teach basic aviation principles and handling skills, as well as provide an introduction to basic navigation, night flying and instrument-only flying. The G120TP will be based out of RAF Cranwell and RAF Barkston Heath.

Affinity Flying Training Services will purchase a total of 38 aircraft to support its three levels of flying training. The remainder of the fleet will be delivered next year.

“We are delighted to have delivered these aircraft only 9 months after contract award,” said Fausset. “We are proud to be a part of this significant project and look forward to seeing more aircraft coming on stream next year.”

Israel and US Prepare to Combat Hackers in Annual ‘Cyberdome’ Drill 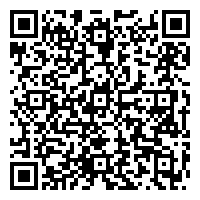