Netanyahu’s apology to Turkey hasn’t been enough to satisfy the appetite of Turkish Prime Minister Recep Tayyip Erdogan. Netanyahu’s offer of putting nearly a million dollars into a fund for the nine Turkish activists killed when they attacked IDF soldiers boarding the Mavi Marmara who were illegally trying to break the blockade on Gaza, hasn’t been sufficient for Erdogan either.

Erdogan told the Turkish parliament that he expects a million dollars for each activist killed, and a lifting of the naval blockade against Gaza.


Not lifting the blockade would be a deal breaker, he claimed.

It is unlikely that Netanyahu would lift the blockade on the Gaza Strip, which is currently controlled by Hamas terrorists.

Minister Naftali Bennett posted on his Facebook page that Erdogan has done everything in his power to make Israel regret the apology, as he [Erdogan] runs a personal campaign against Turkish-Israel relations. 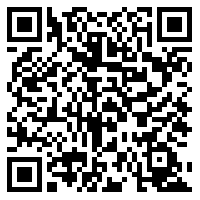