A display of fairly insulting posters along the platforms at 25 Metro-North train stations went up this week, calling for an end to “apartheid” by stopping U.S. aid to Israel, WABC News reported.

If you stayed home for Passover, you were spared these unsightly messages – but they’ll be there tomorrow morning, on your way to work, if you travel from suburban New York and Connecticut,.


A group called American Muslims for Palestine paid for the billboards, which are displayed at 25 Metro-North stations. But the true force behind the latest effort to soil Israel’s name is—you guessed it—all Jewish.

“The campaign against U.S. aid for Israel targets neither Jews nor Passover, but rather Israeli apartheid and injustice. And the best way to honor Passover, which celebrates Jewish liberation from ancient oppression, is to champion Palestinian human rights today,” said Michael Letwin of Jews for Palestinian Right of Return, who spoke at Tuesday’s launch of the billboards at the Metro North Harlem station.

Naturally, they posted them in Harlem, where the big decisions about U.S. aid are made.

The ads call for the end of U.S. aid to Israel and call the treatment of Palestinians in the disputed territories “apartheid.”

A quote from Bishop Desmond Tutu is featured at the top of the billboard, where he says how distressed he has been since his visit to the Holy Land.

You can read the full article (Apartheid in the Holy Land), it truly comes across as the ramblings of a tired old man, regurgitating the cliches he has been fed, combining them with familiar resentments: “And how did it come about that Israel was collaborating with the apartheid government on security measures?” he wonders, betraying the sad fact that the realities of an embattled Israel in the early 1970s are still his measure of today’s realities.

There are no suicide bombers in Tutu’s view of history, no Jewish graves, no massacred families, only suffering Palestinians. He condemns Israel’s action in Judea and Samaria, following the massacre of the Park Hotel in Netanya on the seder night, April, 2002. Tutu writes: “The military action of recent days, I predict with certainty, will not provide the security and peace Israelis want; it will only intensify the hatred.”

Wrong. In 2002 the IDF, once and for all, broke down the terrorist infrastructure and either killed or threw most of the thugs in jail. What followed was a period of growing prosperity for Judea and Samaria Arabs, and a tight hold of the IDF on Arab terrorism.

The good bishop would have had Israel just lie there and turn the other cheek. In that he follows a long tradition of church leaders.

Antisemitism is such an ever shifting thing. They used to call for our heads because we were racially impure, now it turns out we’re the new racists.

The ads feature a disclaimer by the MTA stating the agency does not endorse the views expressed. That’s when the ads are in favor of killing Jews (or leaving them defenseless so someone else would do the killing). In cases when Jews try to fight back with their own, anti-Jihadist ads, as in the case of Pamela Geller, the same MTA fights them tooth and nail. 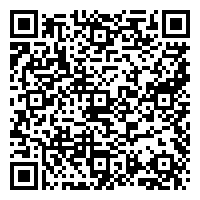