An explosion wounded four Israeli soldiers at the Lebanese border overnight, but the IDF is not releasing any information on the incident and whether it was an attack or a result of a maneuver. An IDF statement said the soldiers “were wounded last night by an explosion during operational activity in the north.”

The soldiers suffered “light to moderate” injuries, but a spokesman told the Jewish Press the military would not even divulge to which hospital they were evacuated.


The IDF also not say where the explosion occurred and refused to answer if it was in the Golan Heights or at the border near the area of Metulla, in the Upper Galilee, or to the west towards the Mediterranean Coast.

The border area, especially on the Golan Heights, has been subject to mortar and rifle fire from Syria,  sometimes aimed intentionally at Israel and sometimes fire from both sides in the Syrian civil war. 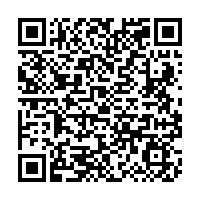