Chairman of SOS-Israel, Rabbi Shalom Dov Wolpe, will be awarding the family of the soldier “David HaNachlawi” Adamov, a NIS 1,800 grant, along with a “Hero of Israel” certificate, for what SOS-Israel describes as his courage and standing for the values ​​on which the Israel Defense Forces is established, which is “to protect Israel, in the Land of Israel, and fight off the enemies below us completely.”

Rabbi Shalom Wolpe says, “It’s precisely the behavior of this soldier in Hebron, based on the values ​​of the IDF, and not the defeatism and cowardice when they teach soldiers to flee from the battlefield, that makes David Adamov a hero in Israel, admirable and to be emulated by all soldiers.”


In the past, Rabbi Wolpe has awarded financial grants to civilians and soldiers who killed terrorists trying to carry out terror attacks. 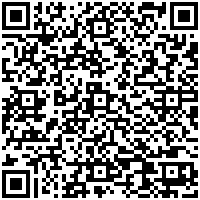