UPDATE: Police arrested 16 suspects for arson but then released them two hours later.

Arsonists caused heavy damage to the offices and rooms at the Church of Loaves Fishes at the Kinneret (Sea of Galilee) early Thursday morning and left graffiti which, freely translated, read: “Cut off the false idols of the Galilee.”

The original verse appears in the second part of the “Aleinu” prayer, said three times day, in which it is written “You shall cut off their false gods.”

The church that was set on fire is where Christians believe Jesus performed the Miracle of the Multiplication of the Loaves and Fishes.

Hundreds of thousands of Christians visit the site every year, and the Tourism Ministry in recent years has promoted the development of Christian sites and churches, including places where missionaries are hard at work to convert Jews.

Police spokesman Mickey Rosenfeld said that firefighters arrived at the church at 3:30 Thursdays morning and found the graffiti, which is firm ground for suspicions that arsonists set the blaze.

There always is the outside chance that the graffiti was several months old, that an electrical fire caused the blaze, that the Shin Bet was behind it to frame Jews, or perhaps the Christians themselves lit the match to spread an anti-Semitic blood libel.

It would be great to discover that one or all of the above are true, but until proven otherwise, Jews are assumed to be guilt, justly or not.

The Torah, in Devarim (Deuteronomy) 12:3 states:

And you shall tear down their altars, smash their monuments, burn their asherim [false gods] with fire, cut down the graven images of their gods, and destroy their name from that place.

If the arson was set off by idiots who decided that they are God’s direct missionaries, they forgot there is another verse in the same book, chapter 17, verses 14-15:

When you come to the land the Lord, your God, is giving you, and you possess it and live therein, and you say, “I will set a king over myself, like all the nations around me,”

In three weeks, Jews read the Torah portion of Pinchas, the priest who took a spear and killed a Jew and a non-Jewish woman form Midian for publicly joining idol worshipers.

God awarded him with the “covenant of peace” for his act, which stopped a plague that God brought on the people because of idol worship.

But Pinchas and only Pinchas could have done such an act and be rewarded. Anyone else would have been tarred and feathered.

They appointed themselves to carry out a commandment that is not necessarily directed at each and every Jew in Israel but at the entire people, who today have a country and a government.

It often does not function properly. It is not a religious government.

And there never will be religious government so long as some crazy people, possibly with a kippa on their heads, go around as if they are direct agents of God.

They even took a revered prayer and added the word “Galilee” on their authority.

And the truth is, they didn’t even cause much damage the church itself. They not only did not carry out a commandment, but they also violated several others, including the law of the Jewish country in which they have the privilege to live. 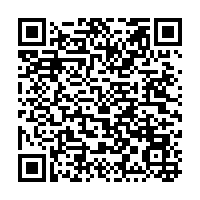