A Palestinian Authority terrorist planning attacks on Israelis was arrested after seeking a permit to travel through Israel to Ramallah for medical care so that he could be in better health to murder Jews.

The audacity and warped thinking of a terrorist, who plans to murder Israelis and then asks the country to help him on “humanitarian grounds” to enter Israel for medical care in Ramallah, indicates just how far Israel has turned its cheek and is assumed by its enemies to be deaf, dumb and blind.


The terrorist was identified as 32-year-old Mohammed Abu-Amshah, a member of the Al-Aqsa Martyrs’ Brigades that is the terror wing of the Fatah party headed by Palestinian Authority chairman Mahmoud Abbas.

The Israel Security Agency (Shin Bet) lifted a gag order on the case Thursday, when Amshah was indicted in a Be’er Sheva court for attempted murder, contact with an outside agent, and involvement in murder.

Among other terrorist plots, he planned an elaborate sniping attack against an IDF patrol along the Israel-Gaza security fence in which he would act as the sniper. He admitted to Israeli investigators that he gathered intelligence on IDF activities on various fronts, practiced sharpshooting and examined locations for executing the attack.

During his training to kill Israelis, he suffered an eye condition which impaired his sniping ability and requested to enter Israel with a humanitarian permit in order to receive medical treatment in a Ramallah hospital. He figured that after medical care, made possible by Israel’s allowing him to travel through the country, he then could have proper eyesight to murder Israelis.

That makes perfect sense if you are a terrorist operating against Israel.

Israel security forces are not yet that deaf, dumb and blind, and they arrested him.

“Israel authorizes the entrance of thousands of Gaza residents monthly for humanitarian and medical purposes,” said IDF Spokesman Lt. Col. Peter Lerner. “This instance of abuse of a permit for terrorist intentions, is loathsome, and poses a violation that jeopardizes the access for medical aid Israel and Judea and Samaria so many Palestinian enjoy”.

The terrorists; admission of his plot also is ample evidence why Israel Gaza needs to be physically separated from Judea and Samaria in any future Palestinian Authority state, at least on humanitarian grounds to save the lives of Israelis. 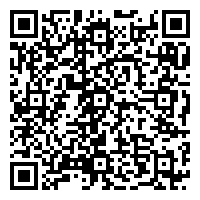