Newly-appointed Deputy Knesset Speaker Moshe Feiglin has warned one of former Prime Minister Yitzchak Rabin’s grandchildren that her remarks about him are grounds for libel.

Noa Rotman, after hearing that Prime Minister Binyamin Netanyahu appointed Feiglin as of one several deputy speakers, wrote on Facebook, “Feiglin is the man who established Zu Artzeinu, the movement that was responsible or the incitement that brought democracy in Israel to a new low and brought about the murder of the Prime Minister of Israel.”

She added that the appointment left her with the feeling of a being outside her own country.

Feiglin wrote on Facebook Tuesday that Rotman’s logic also could be used to conclude that the “architects of the Oslo Accords are responsible for the murder of 2,000 Israelis been killed in post-Oslo terrorist attacks.”

He added, “I feel sorry for Rotman, but if she continues with this kind of approach, I will be forced to sue for libel.” 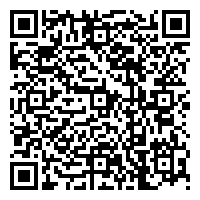