A female terrorist attempted to stab a soldier at the Tapuach junction in Samaria just before 1 PM on Wednesday. The terrorist was shot and killed. No soldiers were injured in the attack.

Samaria Regional Council head Yossi Dagan isued a statement saying, “This new attempt against our daily routine, not to mention our holiday, will not success. I wish to thank the IDF soldiers for their alertness.”


Dagan noted that tourism events throughout Samaria “will proceed as planned. The tens of thousands of visitors who right now fill up the numerous tourist spots in Samaria are voting with their legs. May we continue to have a happy and quiet holiday.

Arab news agency Ma’an noted that the still unidentified female terrorist was the 224th PA Arab terrorist killed by Israeli soldiers and civilians since the wave of terror began to spread across the country 13 months ago. 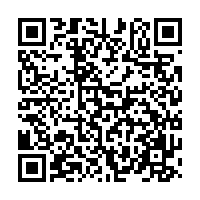