For the first time, U.S. warplanes this week bombed terrorists from the Islamic State in Iraq and Syria (ISIS) operating near Baghdad.

The air strikes were coordinated with Iraqi forces and came in support of ground troops fighting to defend that nation’s capital.


Six ISIS vehicles were destroyed near Sinjar, along with a ISIS position southwest of Baghdad that had been the source of gunfire directed at Iraqi troops.

Thus far, the United States has carried out 162 air strikes against the terror group in Iraq since it began missions early last month.

But this is the first time American warplanes have carried out a bombing mission in direct support of Iraqi troops.

“U.S. military forces continued to attack ISIS (IS) terrorists in Iraq, employing attack and fighter aircraft to conduct two air strikes Sunday and Monday in support of Iraqi security forces near Sinjar and southwest of Baghdad,” US Central Command said in a statement.

“The air strike southwest of Baghdad was the first strike taken as part of our expanded efforts beyond protecting our own people and humanitarian missions to hit ISIS targets as Iraqi forces go on offense, as outlined in the president’s speech last Wednesday.”

The U.S. State Department attacked Israel last week at a briefing in which spokesperson Marie Harf said, “We were horrified by the strikes that hit UNWRA facilities.”

UNWRA is the United Nations Work and Relief Agency that provides humanitarian aid in Palestinian Authority territories. The agency operates some 200 schools and food storage warehouses in Gaza, along with other facilities. More than a few were discovered to have been used by terrorists during the war as missile storage hideouts; others served as convenient human shields in and around which the terrorists were able to launch rocket and missile attacks against Israeli civilians, assuming there would be no return fire due to the displaced Gazans sheltering within the “neutral” buildings they used for cover.

The situation made a very juicy, deliberate photo op for the terrorists, as noted in a terrorist training manual captured earlier in the summer by the IDF. All this has been documented and published in the media as well as submitted to international authorities.

Nevertheless, Harf scored Israel for returning fire to the source of attacks on its civilians and soldiers — even though it was not even clear that any Israeli shells actually hit UNRWA facilities while they were occupied. In fact, satellite imagery and video documentation exists showing that the buildings were empty at the time that a lone Israeli shell struck an UNWRA building. Other shells that struck around UNRWA buildings and in a courtyard and were aimed directly with surgical precision at the terrorists who were being targeted precisely because they were firing rockets at Israeli civilians, and at Israeli soldiers.

Pot calling the kettle black? No way to know because oddly enough, unlike with Israel, the United States has not seen fit to share any information about collateral damage from its own air strikes in Iraq. And the international media has been equally silent on the matter. How odd. 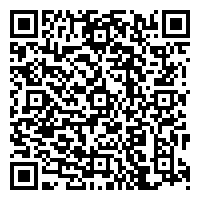