by Ilana Messika
Veteran Israeli politician and IDF officer Binyamin “Fuad” Ben-Eliezer died today at the age of 80 at the Tel Aviv Sourasky Medical Center due to complications of kidney disease.

“Fuad served the State of Israel for decades. He did so as a fighter, as a commander, as a public figure, and as a senior minister. I knew him and appreciated his contribution and remarkable character.”said Prime Minister Benjamin Netanyahu.


“Many conversations with Fuad showed his concern and commitment to the future of the country that he loved so much. May he rest in peace,” he concluded.

Ben-Eliezer, born in Basra under the name Fuad, emigrated to Israel from Iraq with his family in 1950. Upon arriving in Israel, he adopted the Hebrew name Binyamin and joined the IDF, where he had a long and illustrious career.

He served in the Six-Day War and the Yom Kippur War before being appointed Commanding Officer in Southern Lebanon in 1977, as the IDF liaison between Israel and the Christians of Lebanon.

From 1983 to 1984, he served as the Coordinator of Government Activities in the Territories, charged with the responsibility of implementing the government’s civilian policy in Judea and Samaria and vis-a-vis the Gaza Strip.

Fuad Ben-Eliezer was also a 30-year veteran of Israeli politics. Elected in 1984 on the Yahad list, he served in the Knesset until 2014 as part of the Alignment party, which later became Labor.

In 1994, as part of his tenure as minister of construction and housing, he was sent by Prime Minister Yitzhak Rabin as the first Israeli minister to meet with Palestine Liberation Organization Chairman Yasser Arafat.

Following the establishment of a national unity government in 2001 led by Ariel Sharon and Ehud Barak, Ben-Eliezer assumed the post of defense minister until he resigned in 2002 when Labor left the coalition.

In response to the second intifada, he was a central proponent of Operation Defensive Shield, the first large-scale military operation to be carried out in Judea and Samaria since the Six-Day War, He continued on to serve in various ministerial positions in the 2003, 2006, and 2009 Labor governments.

Four days prior to the Knesset vote to elect a new president in June 2014, Ben-Eliezer withdrew his candidacy for the position due to a police probe on suspicions of illegal gambling and bribes which he had allegedly received during his years in office. He officially resigned from office in December, 2014 due to health issues and to focus on clearing his name.

Opposition Chairman and Zionist Union MK Isaac Herzog related, “I had recently conducted many conversations with Fuad about the cloud that surrounded him at the end of his life and he repeatedly insisted he was innocent.

“He was a fearless fighter and a Labor party leader who died surrounded by many admirers and friends,” Herzog concluded.

Ben-Eliezer died while his reputation was still shrouded in suspicion following a six-month police investigation. He was indicted by the Israeli attorney general in December 2015 along with 10 other suspects for accepting bribes amounting to more than $500,000 as well as money laundering, breach of trust, fraud and tax offenses.

Ben-Eliezer suffered from a severe kidney disease for which he was previously rushed to the Assaf HaRofeh hospital in Tel Aviv in serious condition, prior to his transfer to Sourasky Medical Center.

“The Tel Aviv Sourasky Medical Center and the Israeli National Transplant Center would like to thank the family of Binyamin Ben-Eliezer for agreeing to donate the deceased’s corneas for transplant purposes.” stated Ichilov Hospital. 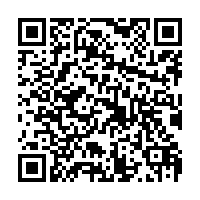