Despite all the kvetching by Palestinian Authority leaders who attempt to justify their latest intifada against Israelis with spurious claims about mistreatment, the bottom line can be found in the facts.

On Sunday, 11 ambulances transferred patients through the Erez Crossing between Gaza and pre-1967 Israel.


There were a total of 1,081 entries into the Jewish State from the Palestinian Authority enclave, according to the IDF Coordinator for Government Activities in the Territories (COGAT), and a total of 690 exits from Gaza as well.

Of those, 426 of the crossings were made for the purpose of delivering goods and services to merchants; 73 foreign diplomats and other personnel also used the crossing to enter and exit the enclave as well.

In addition, 243 employees of humanitarian NGOs passed through the Erez Crossing to enter and exit Gaza and Israel as part of their daily routine.

Last Thursday alone, 496 trucks carried 15,355 tons of goods into the enclave via the Kerem Shalom Crossing, including medical supplies, food, construction materials and electronic devices, among other items.

A total of 105,943 tons of goods crossed last week from Israel into Gaza as well, according to COGAT data. 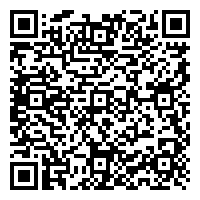