Gaza-based terrorists on Wednesday night fired a rocket at the southern town of Sderot.

The rocket was intercepted mid-air by the Iron Dome Aerial Defense System.

“We hold Hamas responsible for the events transpiring in the Gaza Strip and emanating from it,” the IDF stated.

The IDF’s Coordination of Government Activities in the Territories (COGAT) announced Thursday that the fishing zone off the coast of the Gaza Strip was reduced to 10 nautical miles until further notice in response to the rocket attack.

This incident occurred just a night after IDF soldiers spotted an armed terrorist from the Gaza Strip approaching the security fence with Israel. An IDF aircraft targeted the terrorist. A hit was identified, the IDF stated. No Israelis were wounded in the incident.

Terrorists have launched over 35 rockets at Israel since the IDF’s operation in Gaza in November which commenced with the assassination of senior Islamic Jihad commander Bahaa Abu al-Atta and during which some 35 terrorists were killed and over 450 rockets were fired at Israel. 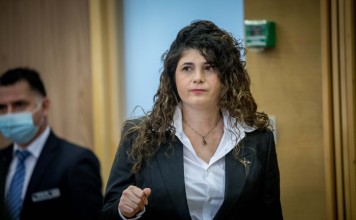