Gaza terrorists have launched another mortar attack on southern Israel, the second such attack in less than 24 hours.


“A short while ago, a mortar was fired at IDF during routine activity adjacent to the fence in southern Gaza. No injuries reported,” he wrote. There was no information about whether the mortar left any damage.

Last night Hamas-affiliated terrorists fired two rockets at Israel from the region. The missiles exploded in open areas near the Gaza security fence and in the Sha’ar HaNegev area, which includes the town of Sderot and surrounding farming moshavim and kibbutzim. No one was physically injured, and no property damage was reported.

More than half a million Israelis have fewer than 60 seconds to find shelter after a rocket or mortar is launched from Gaza towards Israel. Most are capable of reaching Israel’s largest southern cities. Some have struck as far as Tel Aviv and Gush Etzion.

Gaza terrorists have fired at least 110 rockets, missiles and mortars at southern Israel in the past four months (since January 1, 2014) alone. 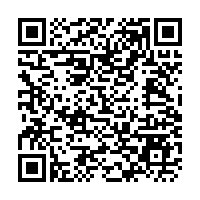