For more than a week, Gaza terrorists have continued to fire rockets at Israel. The attacks are increasing the rocket threat against southern communities, forcing the IDF to act in defense of innocent civilians. Following each rocket strike, the Israel Air Force has responded by targeting the activity of terrorists in the Gaza Strip.


Since Israel withdrew from Gaza in 2005, terrorists in the area have fired more than 8,000 rockets into Israel. Over 3.5 million Israelis are currently living under threat of rocket attacks. Although Israel’s Iron Dome Missile Defense system stops some of the attacks, most rockets are capable of reaching Israel’s biggest southern cities. More than half a million Israelis have less than 60 seconds to find shelter after a rocket is launched from Gaza into Israel.

“We have repeatedly addressed the consequences facing those who seek to endanger the lives of innocent civilians,” IDF Spokesperson Lt. Col. Peter Lerner recently said in response to the attacks. “Iron Dome’s success does not change the absurd fact that Israelis have been living under continuous rocket threat for multiple years. We shall persist with our determination to combat terror elements and eliminate the pending threat to Israeli lives.”

Terrorists fired two rockets fired at Israel. Both of them hit the Sha’ar Hanegev Regional Council.

In response: The IDF targeted three concealed rocket launchers and a weapons storage facility in Gaza.

In response: The IDF targeted a rocket-launching site and two terror activity sites in Gaza.

In response to rocket fire: The IDF targeted a terrorist activity site, a weapons factory and two weapon storage facilities in Gaza.

One rocket fired at Israel. 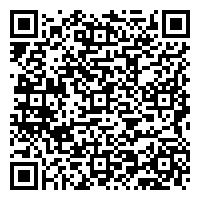