The German government will contribute $472,000 towards a new biblical era research center at Bar-Ilan University, which is being established to mark 50 years of diplomatic relations between Israel and Germany.

Bar-Ilan University will be the location of one of two new Minerva Centers to be established in Israel, the German Minister of Education and Research, Prof. Johanna Wanka, has announced.

Entitled “The Minerva Center for the Relations between Israel and Aram in Biblical Times: The Construct of Autonomous Decision Making and Interdependencies” the Minerva Center is being awarded by the Minerva Foundation, of the German Max Planck Society, to Prof. Aren M. Maeir, of Bar-Ilan University’s Martin (Szusz) Department of Land of Israel Studies and Archaeology, and Prof. Angelika Berlejung, of the University of Leipzig.

The two will serve as co-directors of the center, which will include scholars from Bar-Ilan University and the University of Leipzig. The center’s primary objective will be to conduct joint research on the character of Aramean-Israelite relations during the biblical period (Iron Age and Persian Period).

“The cultures of Israel and of Aram are two of the most important cultures of the ancient eastern Mediterranean (and the ancient world in general), not only due to the fact that they played a crucial role during early periods (and are extensively portrayed in the biblical text), but also because they are among the few cultures of antiquity (not only in the Levant but in the entire world) whose cultural patrimony exists until today,” says Prof. Maeir, who also directs the Ackerman Family Bar-Ilan University Expedition to Gath.

The Minerva Center is currently funded for six years, during which a series of conferences, meetings, workshops, student mentorships, and various joint Israeli-German meetings and activities will be carried out, both on the senior/researcher level, as well as between students from both countries. 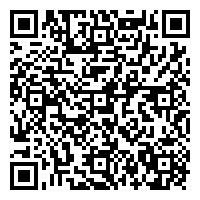