Jewish Agency Chairman Natan Sharansky announced today that global Aliyah is up 55 percent in 2014, due largely to dramatic increases in immigration from France and Ukraine.

Speaking at the opening plenary of the Jewish Agency Board of Governors’ June meetings in Jerusalem, Sharansky said the Jewish Agency estimates that more than 5,000 French Jews will move to Israel this year – an all-time record and fully 1 percent of the 500,000-member French Jewish community. Never before has such a large proportion of a Western Jewish community made Aliyah in a single year.


“Never in the history of the State of Israel has there been a Jewish community in the free world that has sent such a large proportion of its Jews to Israel. We cannot take responsibility for the fact that so many Jews and so many French young people in general are leaving France, but the fact that Israel has become the number one destination for young French Jews is a testament to our success in connecting them to the Jewish state. Sharansky said.

Sharansky also noted that the Jewish Agency’s Israel experience programs—including Masa Israel Journey and teen program Bac Bleu Blanc—have seen record growth amongst young French Jews over the past two years, and stated that it is The Jewish Agency’s responsibility not only to facilitate French Jewish Aliyah but also to strengthen Jewish life in France.

According to data released by the Jewish Agency Sunday, 7,912 individuals have made Aliyah over the past 12 months, compared to 5,092 during the comparable period in 2012-13 – a 55 percent increase. This number does not include Aliyah from Ethiopia, the pace of which is determined by the Government of Israel. 713 Ethiopian Jews made Aliyah during this period in 2013, a number that dropped to 143 this year due to the conclusion of Operation Dove’s Wings. 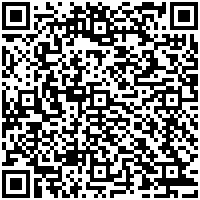