The Israel Security Agency (Shin Bet) has arrested several Druze residents from Majdal Shams in the Golan Heights on suspicion of spying on the IDF for Syria.

Majdal Shams is located on the road to the Hermon ski slopes and is next to the border with Syria.


Druze resident Tzadki Suleiman Ahmed Makat described to Israel security officials his activities, which included gathering information and passing it on to Syrian intelligence officials through the Internet. He photographed IDF activities and passed on detail reports to Syria.

He also was in direct contact with a Syrian official who is known be linked with Syrian intelligence. During the investigation, Makat refused even to accept a cup of coffee from “Zionists” and pledged his loyalty to Syrian President Bassar al-Assad.

Several other Druze residents also had been arrested and were indicted on Friday on suspicion of having aided Makat, who previously had been jailed for spying on Israel. He serve only two years after having been sentenced to 27 years in prison. 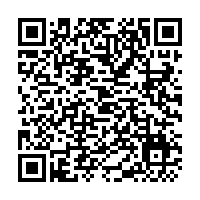