With government approval of its status change, the university in Ariel passed another stage on its way to becoming a fully-accredited university. Prime Minister Benjamin Netanyahu said that the upgrade is an academic necessity, not a political one. “The population growth has created the need for another academic university institution.” At the same time, in private meetings, Ehud Barak has said that “it is not clear why Ariel – yes and Tel Hai – no.”

The battle over Ariel university is over. The government approved the status upgrade of the university center to a full-fledged university. During the debate over the issue, Prime Minister Benjamin Netanyahu said that it is important for there to be another university in Israel. “I don’t think that seven universities are enough in the State of Israel, that after 40 years, there shouldn’t be another university,” he said.


According to the Prime Minister, “Ariel is an inseparable part of the State of Israel and it will remain an inseparable part of the country in any possible future arrangement, just like all other population blocs. The approval of the Ariel university is part of a series of steps being taken to advance higher education in Israel. This decision is an expression of our confidence in the academic level of the Ariel university.”

At the same time that the Prime Minister was asking cabinet members to approve the status change of the university, Defense Minister Ehud Barak was privately saying that, “it’s not clear why Ariel – yes and Tel Hai – no,” referring to Tel- Hai College, on Israel’s northern border.

At the beginning of the cabinet meeting, Netanyahu stated that the approval of Ariel fills an academic necessity, rather than a political one. “I don’t think that seven universities are sufficient for the State of Israel. There is a need for another one.” Netanyahu said, “After decades during which our population has doubled and tripled, our young people want to acquire university education and I am opposed to the protectiveness of the academic guild.”

Education Minister Gideon Saar has been attempting, for quite some time, to gain the necessary majority in the cabinet to upgrade Ariel to a fully accredited university. “The university met all the necessary criteria and academic standards. I truly believe that the establishment of an eighth university in Israel will strengthen the system of higher education, and I hope the cabinet will make this decision,” he said. 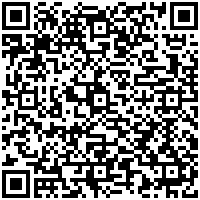