The Jewish Agency for Israel will provide emergency financial aid to three families whose homes were severely damaged this week after they were hit by a Grad rocket fired from Gaza. The emergency funding is provided through the Jewish Agency’s Fund for the Victims of Terror and will be transferred before Rosh Hashanah in order to allow the families to complete their preparations for the festival.

The Jewish Agency’s Fund for the Victims of Terror, which is supported by donations to the Jewish Federations of North America, as well as foundations and individual donors across the globe, provides additional material assistance to victims of terror and their families. The Fund works in coordination with the Ministry of Defense and the National Insurance Institute and since its foundation has provided financial assistance of 10 million dollars to hundreds of families.

In addition to the Fund for Victims of Terror, the Jewish Agency maintains an emergency fund to provide immediate assistance to victims of terror who have suffered injury or damage to property, in order to help with their initial recovery. 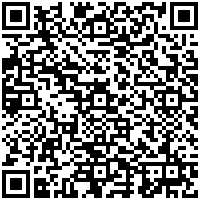