Long-time Ha’aretz columnist Neri Livneh has been ordered by a court to pay NIS 200,000 ($50,000) in compensations for slander to two residents of the settlement Itamar.

The complaint was filed last March, by Attorney Doron Nir Tzvi, legal advisor for the Committee of Samaria Residents, following Livneh’s appearance on the Channel 1 TV program “Politics,” where she described Itamar residents’ behavior as “especially aggressive,” adding that “every two years a murderer comes out of there,” Walla reported.

The law suit claimed that Livneh referred to the two plaintiffs as murderers who apparently were products of the settlement.

The court ruled that Livneh must to pay damages for slander after the journalist failed to file a defense statement in time and had not requested an extension to do so.

Last week Livneh, a veteran columnist at Ha’aretz, was called in for a hearing, as part of a wave of cutbacks in the paper.

Members of the Committee of Samaria Residents were pleased with the decision and said that “this verdict is a warning signal to anyone who wants to lash out in an unrestricted and malicious manner against Jewish settlers. The false and irresponsible statement reflects the attitude of many in the media towards the Jews of Judea and Samaria and it’s a good thing that the court took a harsh approach against her.”

Livneh has not yet issued a response. 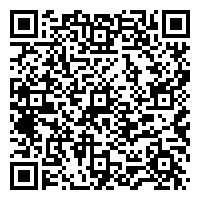