Billionaire Haim Saban, owner of Partner Communications Ltd., which holds the French telecoms giant Orange SA franchise in Israel, sent a message to Orange CEO and Chairman Stephane Richard, who on Wednesday had threatened to join the Arab boycott against Israel.

Saban said, “I’m proud to hold the controlling stake in Partner, which is an Israeli owned company that leases the Orange brand. Threats won’t deter me and I will continue to work on behalf of Israel and lead the global struggle in support of Israel.”


Richard, speaking at a news conference in Cairo, where he is negotiating long term plans for the Egyptian market, said he would like to pull the Orange brand from Israel as soon as possible.

“I am ready to abandon this tomorrow morning but the point is that I want to secure the legal risk for the company,” Richard said. “I want to terminate this, once again, but I don’t want to expose Orange to a level of risk and of penalties that could be really sizable for the company.”

The French government, which owns a quarter of Orange, has been under pressure by anti-Israeli groups to terminate the company’s relationship with Partner Communications, over the service it provides in Israeli settlements. Partner has also been accused of sponsoring IDF units, a practice which is common to many Israeli companies in all areas of business.

“I know that it is a sensitive issue here in Egypt, but not only in Egypt… We want to be one of the trustful partners of all Arab countries,” Richard told reporters in Cairo, adding, “Sorry to say, but a dispute with Partner when you have zero legal position in Israeli courts is not something that I would recommend for my company. I am not going to pay hundreds of millions of euros … in terms of the penalties that we could have if we entered into this kind of brutal process.”

Partner outgoing CEO Haim Romano told Globes his company regrets Richard’s statements. “Partner has held the Orange franchise since 1998 when it was under the ownership of Hong Kong’s Hutchison group. Partner will continue to loyally serve its customers in Israel without discrimination or prejudice.” 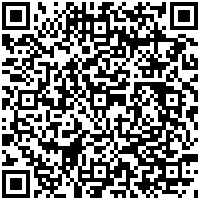