A major survey among Belgian teenagers indicated anti-Semitism was seven times more prevalent among Muslim youths than in non-Muslim teenagers.

Conducted in recent months by three universities for the Flemish government, the survey was published last month based on questionnaires filled out by 3,867 high school students in Antwerp and Ghent, including 1,068 Muslims.

The statement “Jews seek to control everything” received a 45.1 approval rating among Muslims compared to 10.8 approval among non-Muslims. Of Muslims, 27.9 percent said they partially agreed, as did 29.2 percent of non-Muslims.

About 35 percent of Muslims agreed with the statement that “Jews have too much clout in Belgium” compared to 11.8 percent of non-Muslims who participated in the “Young in Antwerp and Ghent” survey. The results were part of a 360-page report which was produced for the Flemish government’s Youth Research Platform by the Katholieke Universiteit Leuven; GhentUniversity and Vrije Universiteit Brussel.

Claude Marinower, Antwerp’s alderman for education, told JTA he found the data “most troubling.” In an interview for the Antwerp-based monthly Joods Actueel, Marinower announced he would launch an action plan to fight anti-Semitism in the Flemish capital’s schools. 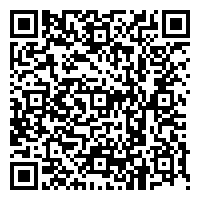