Approximately 850,000 people – more than 10 percent of Israel’s Jewish population – crowded Jerusalem streets Monday night for the funeral of Rabbi Ovadia Yosef, forcing the closure of the entrance to Jerusalem from the main highway and resulting in more than 200 of injuries and victims of fainting.

Police were barely in control of the crowds, and police officers expressed hopes that there will not be a tragedy from the cramming of people and cars into small spaces.


It is estimated that one million mourners may pass through the capital before the funeral is over, and that is estimated to be not long before midnight Israeli time. The body of Rav Ovadia arrived at the entrance to the cemetery shortly before 10 p.m., but authorities were having a difficult time to stop thousands of mourners from trying to come close to the grave site. At 11 p.m., five afters the funeral processi0n began, the burial was over.

Hundreds of people simply parked their cars in the middle of the street to reach by foot the funeral procession and burial, next to his wife Margalit at the Sanhedria cemetery. It  is the largest funeral in the history of Israel and may remain such for a long, long time.

Yosef, a widower, is survived by 10 of his 11 children and several dozen grandchildren and great-grandchildren. His son Rabbi Yitzchak Yosef recently was elected as Chief Sephardi Rabbi, a post once held by his father.

Media around the world are reporting on the death of Rav Ovadia, and even the Gulf Times, based in the United Arab Emirates (UAE) reported it.

The Associated Press told its readers, “he was the charismatic face of his Shas party,” one of the most succinct and accurate statements that one could make.

Rav Ovadia was well aware that the Shas party, which he founded, will be without a shepherd after his death. His son Rabbi Yitzchak said that Rav Ovadia’s will stated that there should be no in-fighting over the future of the party.

Knesset Member Aryeh Deri, the charismatic and controversial political leader who has been his heir apparent, cried after the announcement of Rav Ovadia’s death, “How will we go on alone. Who will lead us now? U.S. Ambassador to Israel Dan Shapiro stated, “Rav Ovadia Yosef was a spiritual leader to hundreds of thousands, if not more, a great learner [of Torah] and a wise and learned man, a father to an impressive family and an important contributor to the society and politics of the State of Israel.

“Today in Jerusalem and all across Israel, his supporters and followers mourn him. To them, and first and foremost to his beloved family, I send my condolences. May his memory be blessed.”

Shalom Bear contributed to this report. 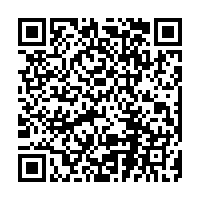