Two more Jews, both from the United States, and a German non-Jew won the Nobel Prize in medicine in Monday, while two Israel contenders lost out.

The newest Jewish Nobel Prize winners are James Rothman of Yale University and Randy Schekman of the University of California. The Israeli hopefuls  were Hebrew University professors Howard Cedar and Aharon Razin.


More than 20 percent of the 800 Nobel Prize winners so far have been Jewish although Jews represent only 0.2 of the world’s population.

The third winner Monday was Dr. Thomas Sudhof of Stanford University. All three scientists shared the $1.2 million for their research on how tiny bubbles are carriers inside cells, making sure that the right elements arrive at the right place and at the right time.

This year’s Nobel Prizes in other fields are to be announced  within the next two weeks.

UPDATE: And yet another Jew has won a Nobel Prize in Physics. 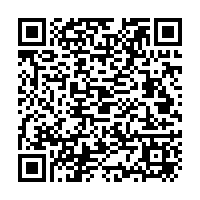