The dolphin was behaving suspiciously according to the Hamas naval unit and was brought to the Gaza shore to be examined.

The Al Quds report further stated that Hamas military experts are now testing the device that was attached to the dolphin and have discovered that it can fire arrows. This proves, according to the terror organization, that Israel wants to hurt the Hamas naval unit and spy on its naval operations.

Hamas released a warning to its members to be cautious of further encounters with dolphins.

It is not the first time that a terror organization has accused an animal of spying for Israel.

In 2013, Hezbollah accused an Israeli eagle of committing espionage. The Hezbollah-affiliated Al-Manar TV claimed that the eagle was one of many birds sent by Israel to spy and gather information via GPS transmitters across the Middle East.

In 2011, Saudi Arabia apprehended a vulture, accusing it of being an Israeli spy because of a GPS device with the suspicious “Tel Aviv University” tag on its leg. The vulture was eventually freed. 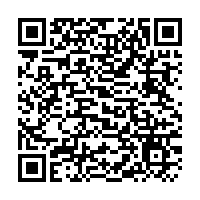