Da’esh (ISIS) terrorists have beheaded the chief archaeologist of Palmyra after interrogating him for more than a month.

The venerated scholar, 82-year-old Khaled Asa’ad, had worked for more than 50 years as the head of antiquities in the ancient city which the terrorist group captured from Syrian government troops in May.


Asa’ad was executed Tuesday in a main square of the historic UNESCO World Heritage Site. His body was then hung from one of the 2,000-year-old columns, his family said.

Asa’ad was known for several scholarly works published in international archaeological journals on Palmyra. The site flourished in antiquity as an important trading hub along the Silk Road. The site includes Roman tombs and the Temple of Bel.

“Just imagine that such a scholar who gave such memorable services to the place and to history would be beheaded … and his corpse still hanging from one of the ancient columns in the center of a square in Palmyra,” Syrian state antiquities chief Ma’amoun Abdulkarim said in a statement quoted by Reuters.

“The continued presence of these criminals in this city is a curse and bad omen on (Palmyra) and every column and every archaeological piece in it.” Syrian officials – led by Asa’ad – moved out hundreds of the ancient statues that were in Palmyra but were not part of its Roman-era structures before its capture by Da’esh terrorists.

A Syrian source told Chris Doyle, director of the Council for Arab-British Understanding, that Da’esh had interrogated Asa’ad about the located of the treasures from Palmyra. The terrorists murdered him when he refused to cooperate, the source told Doyle, according to a report by The Guardian.

The SANA news agency reported that Asa’ad had discovered several ancient cemeteries, caves and a Byzantine graveyard in the garden of the Palmyra museum. He was also a scholar of Aramaic, the local language before the rise of Islam in the seventh century.

Da’esh makes millions of dollars on sales of plundered antiquities stolen from the various sites it captures. The money is used to finance its worldwide activities. 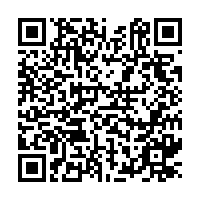