A Jewish Israeli baby girl, age 22 months, was wounded Wednesday night by a Palestinian Arab terrorist who hurled rocks at the car driven by her father on a road on the outskirts of Jerusalem.

The attack reportedly took place on Highway 443 on the road between the Atarot Junction and the Bentzion Interchange.


The baby’s father was also hurt by flying glass when Arab terrorists attacked the vehicle in which they were traveling. He suffered facial wounds and the vehicle was damaged as well.

Both the baby and her father were rushed to Shaare Tzedek Medical Center in Jerusalem.

Israel Police asked IDF soldiers to search the area, and in particular requested that IDF forces search the side of the road which is within “Area A” of the Palestinian Authority, since that is the side from which the attacks were launched and the rocks were thrown.

On Wednesday afternoon, masked teenage Arab boys rioted in the Jerusalem neighborhood of Issawiyeh. The boys hurled rocks and firebombs at Israel Police and Border Guard Police officers who were deployed to disperse the mob. One police officer was injured in the melee. 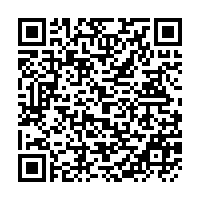