Abbas sent his message of sorrow via 12 visiting Knesset Members who met with him in Ramallah. Abbas told them he has previously met with members of the revered rabbi’s family. One of Rabbi Yosef’s daughters, Adina Bar-Shalom, is a peace activist who was in a  group that met with Abbas last year.


Several years ago, the Palestinian Authority assisted  in the quick return of Rabbi Yosef’s Mercedes Benz, which had been stolen from his home. 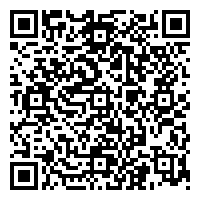