Professor Francois Baron Englert (80) shared a Nobel prize in physics with Professor Peter Higgs of Britain, for their discovery of the Higgs mechanism.

Englert is a Belgium Jew and Holocaust survivor.


Englert is Professor emeritus at the Université libre de Bruxelles (ULB) where he is member of the Service de Physique Théorique. He is also a Sackler Professor by Special Appointment in the School of Physics and Astronomy at Tel-Aviv University and a member of the Institute for Quantum Studies at Chapman University in California.

More than 20 percent of the 800 Nobel Prize winners so far have been Jewish although Jews represent only 0.2 of the world’s population.

Jewish Scientist Among Three Recipients of Nobel Prize for Medicine 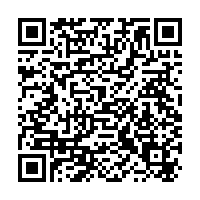