Hamas has declared that Jerusalem is the eternal capital of the Islamic world,” the Saudi Arabia-backed Al-Resalah reported.

The terrorist organization that rules Gaza and has cells in Judea and Samaria “warned of the repercussions of Israeli decisions to transfer government ministers to Occupied Jerusalem, dubbing the move a flagrant violation of international resolutions,” according to the website.

Jerusalem will remain as intrinsically Palestinian and indivisible as it has always been. It will oust all Judaization schemes.

Hamas has decided to convince its followers that Prime Minister Binyamin Netanyahu’s recent appointment of government ministers is some kind of unprecedented move, as if the Jews all of a sudden have woken up.

It appears that Hamas is desperate for propaganda to shore up support from the poor Gaza Arabs who suffer under the regime.

Resheq announced that the appointments are “a flagrant violation of international laws and a manifestation of the state of despair and panic overwhelming Israelis and the future of their colonizing entity.”

“There is no doubt that the Israeli occupation will take its last breath sometime soon,” he added.”.But Jerusalem shall forever remain Arabs [sic] and Muslims’ [sic] own property and the eternal capital of the Palestinian independent state and the Islamic nation as a whole.” 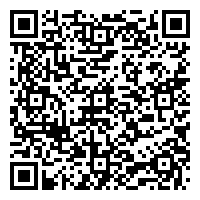