Following an investigation by the Israeli police and the Shabak, an Israeli-Arab dentist from Kafr Kana has been arrested and indicted for illegally transferring money to and for the Hamas terrorist organization.

The report has been under a court-ordered gag order since April 17th, until it was lifted today.


The dentist, Malik Mubarak Jamil Khatib, was arrested after it was discovered that he was systematically and personally funneling large sums of money for Hamas on a regular basis.

Instructions and sometimes money came from Hamas in Gaza, and the money was being used to build up Hamas’s terror infrastructure in Judea and Samaria.

The dentist was arrested while one of his daily money drops to a Hamas representative near Ramallah.

Last year, Hamas terrorists funneled in large sums of money to set up the terror infrastructure in Hebron for the kidnapping and murder of Jewish teenagers, Eyal Yifrach, Naftali Fraenkel and Gilad Sha’er in Gush Etzion. 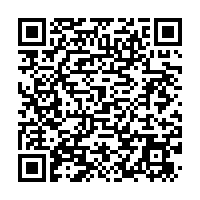