At least two Hamas tunnel diggers were killed and a third man was injured on Wednesday (Dec. 7) after a terror tunnel caved in beneath the streets of Shejaiya, in northern Gaza.

The site is about half a kilometer from the border fence with Israel.

The two diggers were identified by the Gaza Health Ministry as men in their 20s, Rami al-Areir, and Ismail Shmali. They are the fifth and sixth tunnel workers to be found dead this week.

Earlier in the week four bodies were recovered in southern Gaza by rescue workers from a tunnel that collapsed near the border city of Rafah. It is not clear which terrorist group the southern tunnel diggers were associated with.

The tunnel had been flood about a week and a half earlier by the Egyptian Army, according to a statement by local authorities in Rafah. The four men ranged in age from 22 to 45. 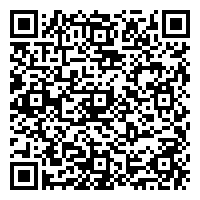