Over the past few weeks, Hamas executed dozens of tunnel excavators, according to a Mako report.


The source said that most of the workers who dug the tunnels did not know their actual locations.

Truckloads of blindfolded workers were brought inside buildings, and searched to make sure they had no phones, cameras or GPS devices on them. They were not allowed outside as they dug the tunnels, so they would not know their exact location.

The Hamas terrorists were always masked so the workers couldn’t identify them.

The workers were paid between $150 to $300 a month for 8 to 12 hour shifts. The workers employed were the professional (smuggling) tunnel diggers from the Rafah and Khan Younis areas.

At the end of the tunnels construction, Hamas murdered dozens of the tunnel diggers they suspected as collaborators with Israel, even if just based on rumor.

Some were murdered when it was discovered they simply had previous connections to Israeli civilians.

The Gazan source said that Hamas was “very cruel”.

A 2012 report said that at least 160 children were killed while digging out the terror tunnels for Hamas.

During Operation Protective Edge, Israel captured 300 terrorists, including dozens that were involved in digging the tunnels or part of the rocket launch crews. 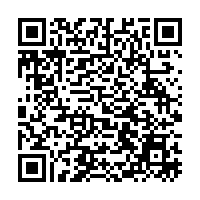