The shaggy dog story of attempted unity between the rival Hamas terrorist organization and its rival Fatah, headed by Palestinian Authority chairman Mahmoud Abbas, took another turn towards an agreement Monday with Hamas’s offer offering to free Fatah prisoners and allow the return of Fatah legislators to their homes.

Fatah staged a coup in 2007 when its terrorist militia overcame Fatah’s militia in bloody and deadly clashes in which Fatah forces, trained by the United States, suffered an embarrassing defeat.


The newest move towards unity could make trouble for  U.S. Secretary of State John Kerry given Hamas’s declared goal of eliminating Israel, unlike Abbas’s undeclared goal of doing the same through a diplomatic war of attrition. 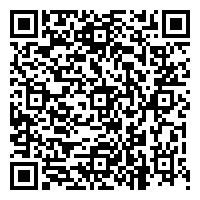