Reacting to a disgusting and shocking video that also explicitly showed a man urinating amid young party-goers celebrating among the 2711 stone slabs at the memorial last week, spokesperson Jenifer Stolz told JTA that “we are all quite appalled. But it is not the first time.”


She said she hoped it would be the last time, however. Meetings with Berlin police are planned in the coming days and weeks, at which possible measures to prevent the disrespectful behavior will be on the table. An obvious choice is to put up temporary fencing as is done for Berlin’s central park – the Tiergarten – which, like the memorial, borders on the party scene. But there also are other options to be discussed, Stolz said.

Berlin’s major open-air New Year’s event takes place around the Brandenburg Gate and hundreds of thousands of visitors walk past the memorial on their way there, Stolz noted. “It seems to invite them to such excesses, and it’s not nice.” 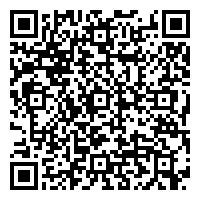