Despite was what supposed to have been a complete disengagement from Gaza, and the Gazan’s direct border crossing with Egypt, Israel still remains the preferred, and sometimes the only choice for Gazans who want to import and export goods and merchandise.

And Hamas terrorists are making a tidy sum off that trade, according to a Makor Rishon report.


After Israel completely evacuated all the Jews from Gaza and Gush Katif in 2005, the Palestinian Authority took over. But in 2007, Hamas violently took over the Gaza strip, slaughtering their political opponents.

Since the terrorist organization’s coup Hamas has been the primary terror group in charge of the Gaza Strip.

In 2014, 61,000 trucks passed through the Kerem Shalom crossing from Israel to Gaza. That crossing is located in southern Gaza near Rafah. There is also trade that goes through the northern Erez crossing.

During Operation Protective Edge, over 130,000 tons of merchandise crossed into Gaza. 15% of Israeli fruit are exported to Gaza.

Gaza has also recently begun exporting produce to Judea and Samaria, and 40 trucks have already passed into Israel in the past few months.

This past week, Kibbutz Yad Mordechai held an agricultural conference in which farmers and distributors from Gaza participated – in Israel.

Gazan importers are looking for even lower prices than they get now, and during the conference it came out why.

Gazan importers must pay protection money to Hamas of between 50 to 100 shekels per ton, on products imported from Israel.

And that’s just to start off with.

In addition, each truck that passes into Gaza is charged a fee.

It’s estimated that Hamas’s 2014 “tax” revenue from Israeli imports stands at 175 million shekels ($45 million dollars). You can build a lot of terror tunnels and rockets with that kind of money.

Hamas also takes a cut from the smuggling tunnels between Gaza and the Sinai.

The Gazans said that before the war this past summer their economic situation was difficult, but now everything is collapsing.

At the conference, the Gazans said they missed Gush Katif and working with the Jewish Settlers.

One Gazan at the conference said, “We worked there with the Jews [from Gush Katif] and everything was good.” He continued, “We’re still in contact with them, and dream of those bygone days. Now there is no hope. My children want candy, but there isn’t any money to buy them any. My son wants to get married. I look to the sky and pray, because I know that I can’t help them.”

One wouldn’t be wrong if you thought many Gazans want the IDF to kick Hamas out, and for the Jews come back home — to Gush Katif. 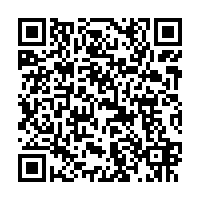