The Likud party has sailed past the Labor-Livni party in a new poll taken after early returns in the Likud primary elections Thursday night pointed to a more centrist list of candidates.


With ideological right-winger Moshe Feiglin off a realistic place on the Likud list of candidates, the Likud came up with 26 projected seats in the Knesset, while Labor-Livni remained stuck with 23.

However, an Israel Radio poll taken after the Likud primary elections still puts Labor-Livni one seat ahead of the Likud.

The TNS poll revealed that 40 percent of the respondents think that Prime Minister Binyamin Netanyahu is the best man to lead the government, and only 24.3 percent gave their support for Yitzchak Herzog, chairman of the Labor party, and his new sidekick Tzipi Livni. The two Labor party leaders agreed that they will be rotating prime ministers if their party forms the next government, which seems unlikely if the polls don’t change dramatically before the March 17 elections.

The Jewish Home party continues to remain with 16 projected Knesset Members in all polls, one-third more than it had in the outgoing Knesset.

A Globes poll taken before the Likud primaries, like the TNS survey, shows that the Yisrael Beitenu would win only seven seats in the Knesset if elections were held today.

Both the Globes and TNS polls give Shas a new lease on life since the leak earlier this week of a video showing the late Rabbi Ovadia Yosef, who was the first and last word in the Haredi Sephardi party, trashing Aryeh Deri and favoring Eli Yishai, who now heads his own party.

The standing of Yesh Atid, headed by Yair Lapid, and Kulanu, the new party founded by former Likud minister Moshe Kahlon, remain virtually unchanged, with each one  projected to win nine or ten Knesset seats.

Both polls give the left-wing Meretz party seven seats.

The bottom line is that Netanyahu will form the next government, and the Opposition may be even weaker than before.

The more that the merged Labor-Livni party cannot make headway, the more that Kahlon will mind his Ps and Qs to make sure he can get what he wants out of joining a coalition led by the Likud.

However, at this stage, a coalition of Likud, Jewish Home, Kahlon and Yisrael Beitenu still leaves Netanyahu four seats shy of a majority.

His choices are either or both of the Haredi parties because it is difficult to see Lapid and Netanyahu working together. If Lapid suddenly starts distancing himself from Labor and begins talking about the importance of Jews in Judea and Samaria, it would mean his ego finally is deflated, which would be the eighth wonder of the world.

But today’s polls are not the last word, and I am not going out on a long or weak limb to predict that Jewish home, headed by Naftali Bennett, will pick up more seats at the expense of Likud, Kahlon and possibly Yisrael Beitenu. 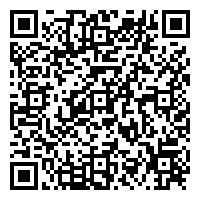